Michael comments: “Running Mayors like Helen can be powerful ambassadors for promoting running as an alternative to taking the car.”

The RunSome campaign has been formed by Runner’s World, Active Things and a coalition of over 30 leading running organisations and brands. The campaign encourages us to run more short trips to help reduce car journeys. 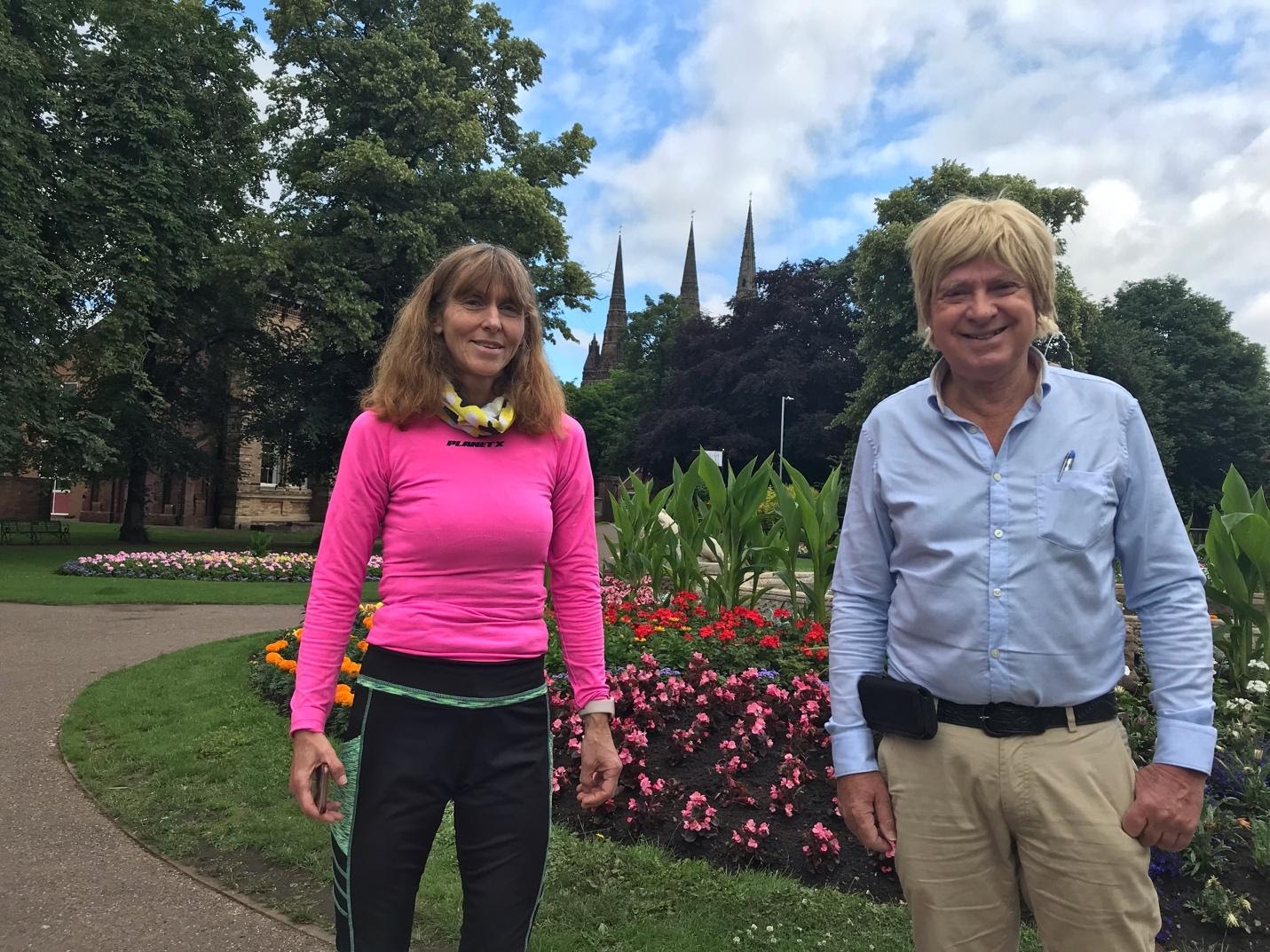 Helen became Lichfield’s first Running Mayor during the COVID pandemic -- when boosting health and activity came into sharp focus. She is passionate about running and believes it can transform all our lives. As well as for leisure, sport, community, the simple act of running to work or other short trips - to get places, see people and do things - can benefit ourselves, our towns and our cities.

In her role as Running Mayor, Helen's focus is to reduce carbon footprint, traffic congestion and cost of travel whilst boosting mental and physical health. There are so many short car journeys which could be replaced by running -- as well as walking and cycling -- and Running Mayors can persuade city leaders like Michael to include them in discussions about travel and in planning and the design of cities to include provision for, and even wider participation of, runners of all ages, cultures, backgrounds and abilities.

Lichfield is already a city that encourages running. As the UK came out of lockdown and parkruns were able to start again, Lichfield was one of the first councils to give permission for its own Beacon parkrun to start again. In Lichfield even the Leader of Lichfield Council, Doug Pullen is a runner. Lichfield also has some fantastic running races including the Lichfield Half Marathon and the Lichfield 10K.

Helen adds: “As Running Mayor I hope to encourage more walking and running paths to be included in the new housing developments around Lichfield. This will avoid the need for walkers or runners to go on or near the main roads. Lichfield is such a beautiful city to live in especially with the extension of the Lichfield Canal through the City of Lichfield. We all see its popularity is increasing and it’s a sought-after place to live. There are the most gorgeous walking and running routes and so many Parks and Green Spaces.  This can provide green and healthy off-road options for runners. I’m delighted to see that the Darwin Housing Estate even has a marked one-mile walking/running path. Adding to these amenities, and increasing awareness of what we have, is all part of my role as Running Mayor.”

The #RunSome campaign was created by Active Things and Runners World. It has now become a coalition of running enthusiasts, brands, clubs, tribes and organisations. In addition to running for exercise, and the government is being asked to include running, alongside walking and cycling, in its £2  Billion active travel funding. The aim is to double the current number of a quarter of a million who run every day in the UK.

Michael Fabricant MP of Lichfield said “Running Majors can be powerful ambassadors for promoting running as alternative to taking the car.”.